So the war on Christianity continues unabated in Syria. This is the time for President Obama to speak out against it and against the barbaric side of Islam. Beheading Christians for refusing to convert to their animal-Islam.  It’s time to call a spade a spade. 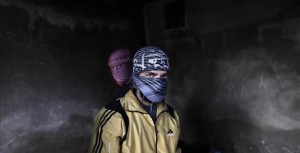 Raiding a convent, kidnapping the Mother Superior and 11 nuns. If they’re still alive, they’re no doubt praying to be with Jesus.

The only thing I can think of that is worse than what these cave men who hide their dirty faces are doing, is the silence from President Obama. Or is it just another one of his Muslim Brotherhood adventures in Syria, as in Egypt, to start something and then stand back and watch?