Listening to Neal (The Talkmaster) Boortz today on my way to work I happened across the mother lode of this political phenomenon. The filibuster nuclear option. I’ve heard Boortz speak of this before but not until now was I able to capture it (for lack of a written transcript) to share with you.

For years and years, the Liberals and Progressives in the Democrat(ic) party have continually stressed and relied on the courts to thwart, if not

enact, public policy that they either don’t agree with or otherwise could not do via the legislative process. In short, they view and use the court system as another branch of the legislature.

Now, after years of every Democrat leader having gone on record against the nuclear option, including all the ones who are now for it, they’re not only for it, they invoked it. So why now? It’s because President Obama’s signature legislation, the government control of health care, Democrats’ ‘wet dream’ legislation since John Dingell Sr. first introduced it 70 years ago, is losing public support as chances for repeal or defunding it become more probable.

Public opinion for the Affordable Care Act (aka Obamacare) is dropping like a stone, not only because of what it is doing to people’s policies, families, and wallets, but the lawlessness in which the President himself is trying to keep the sinking ship from sinking by issuing edicts to insurance companies to add to and take away from the law. It’s all unconstitutional. They must fill the three vacancies in the Federal Court of Appeals in the DC Circuit with judges sympathetic to upholding all challenges to Obamacare and their regulatory over reaching. That’s why they are for the filibuster before they were against it. Most Americans see the ACA as a crisis to America. Democrats in Washington see the repeal or neutering of it as an even greater crisis, requiring the nuclear option. 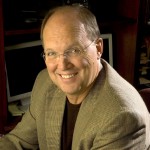 Putting judges sympathetic to his cause is the only life-line he has left. Moving the United States’ free-market capitalistic economy to a fascist economy, which is what President Obama is all about and what he meant by fundamental change.