Began orbiting the sun in 1949. After surviving the 60’s with a degree in 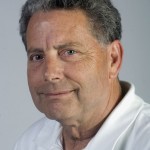 marketing, I then served 22 years in the retail industry and 7 years in the hospitality industry before opening Philly’s, our first family business, in January 1999. Married and we have three sons and one dog.

With the exception of the 1960’s decade, I’ve always thought of myself as being conservative. But unlike the stereotype cast upon conservatives by the Left, I do not wish to breathe dirty air and contaminate our drinking or recreational water resources. I don’t want to starve children or make seniors choose between getting either food or necessary medicine. Whenever possible, I prefer giving the ‘hand-up’ instead of ‘the hand-out.’

I believe that competition in a free market works best for the consumer from buying stuff, to educating our kids, to health care and medicine. It is and always has been the people of this country that have made this country great, and reject the socialist models in Europe that some on the Left in this country seem to worship.

For me, being energy independent means having enough of it so we don’t have to depend on unreliable and unstable foreign sources to get it. And until scientists develop a viable alternative to fossil fuels such as oil, gas and coal, I think we should be doing everything we can to use resources on our own land and off of our own shores. We can and should be an oil-producing country instead of an oil purchasing country.

I believe in defending our country from radical Islam, Islamofascists, terrorists, or whatever label suits you for them, by using every tool in the toolbox. For me, the ‘war on terror’ (or whatever label suits you) is real and it exists today. It began decades ago, but for most it began on September 11, 2001. It will most likely exist for a generation or two until the breeding and indoctrination of more terrorists stop, giving way to freedom and liberty.

I like how people around the world, if given a chance or choice, want to come to America to live and prosper, when done legally. And if steps are not taken now to insure that America remains American, then I apologize to our future generations for the chaos they’ll be going through. There’s nothing wrong or un-American about this country being a so-called melting pot. What’s wrong is to let the pot melt.