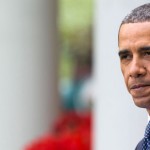 The White House appears to have dropped a bombshell when it explained to the press why White House staff in Washington enrolled President Obama in Obamacare instead of Obama himself. I figured the obvious. That signing up like he expects everyone else to do was beneath him. Besides, it would foul up his Christmas vacation. Too bad for the rest of Americans who would rather be celebrating Christmas instead of spending hours on the computer trying to sign up. Think he cares about yours?

Officials said it was because HealthCare.gov could not verify Obama’s identity. What? OK Nancy, Harry, time to start calling the Obama administration “truthers.”

So how is it remotely possible that, despite all that is already publicly known about our President, Obama, that his identity can not be verified by the same system that is supposedly “verifying” everyone else?

This should be investigated. Who else among us is stealth in our government?

Could it have anything to do with why all of Obama’s records in school, both as a student and so-called professor are sealed, or concealed?