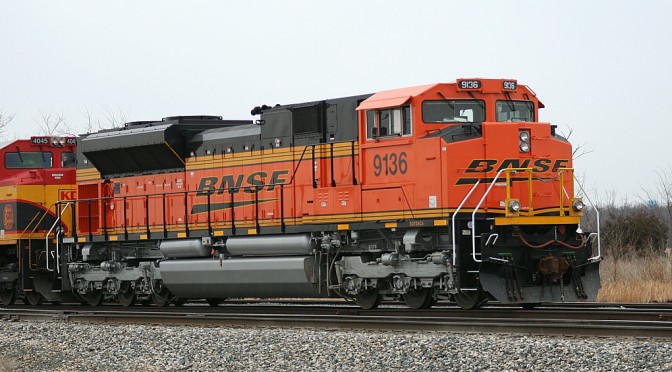 In the second train derailment and explosion in six months, two of Warren Buffet’s BNSF trains in North Dakota collide. The resulting explosion and fire caused authorities to evacuate all 2,400 people living in Casselton, N.D., about one mile from the derailment.

Official estimates of the extent of the blaze varied. BNSF Railway Co. said it believed about 20 cars caught fire after its oil train left the tracks about 2:10 p.m. Monday. The sheriff’s office said Monday it thought 10 cars were on fire. Officials said the cars would be allowed to burn out.

Authorities haven’t yet been able to untangle exactly how the derailment happened. BNSF spokeswoman Amy McBeth said another train carrying grain derailed first, and that this knocked several cars of the oil train off adjoining tracks.

Chalk up another failure of the Obama administration for 1) continuing to drag their feet on rail car safety for Buffet’s trains carrying crude oil and 2) not giving the go-ahead for the XL Pipeline project. Pipelines have not been known to crash and burn, ever. But, pipelines are not major DNC contributors.

Maybe this incident will bring the XL pipeline issue to the fore and make the case for getting it started. Ya think? Even the media is regrettably stating half of the obvious.

The incident will likely prompt discussion about the safety of transporting oil by cross-country rail. Fears of catastrophic derailments were particularly stoked after a train carrying crude from North Dakota’s Bakken oil patch crashed in Quebec last summer. Forty-seven people died in the ensuing fire.

The XL pipeline being the half they don’t mention.