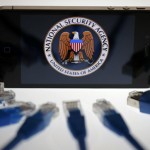 The data gathering on Americans, and everyone else in the world, has kept us safe from the Times Square bomber in May 2010, and the Boston Bombing by the Tsarnaev brothers in April 2013. Oh wait. No it didn’t. Despite all that was known beforehand about them.

So what’s the benefit for spying on you? I don’t see becoming a police state as a benefit.