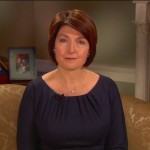 If you listened to President Obama deliver his 2014 State of the Union address and thought you were hearing him on the 2007 campaign trail, you wouldn’t be wrong. After five years of his administration, the first two of which he held both houses of Congress, no one has done more to depress our economy in joblessness, long-term unemployment, and in falling family incomes than the President himself. So he must be seen as campaigning to fix things for which he takes no responsibility. Or as Charles Krauthammer said, “He sounds like a president who realizes he’s not going to get it done.” I don’t have to tell you that. You are living it.

President Obama wins the award for the longest speeches without saying anything of substance. That is why I was so looking forward to hearing the Republican’s “response,” which used to be called a rebuttal. No disrespect or anything personal towards Rep. Cathy McMorris Rodgers (R-Wash.), but the only thing worse than that SOTU address, was the Republican response. That opportunity missed, was an embarrassment that proves only one thing. The Republican Leadership has no guts and no will to do an honest rebuttal, point by point, to the fairy tale Obama told. Not just the misery he has caused, the exploding debt with no intention of stopping, the limiting and revoking of our freedoms, the making of his own laws and the breaking of his own laws, but a way out. None of that. Instead, we had a bedtime story fit for a cup of hot chocolate and a fuzzy blanket.

It was disheartening to see the Legislative branch of our government give the Executive branch a standing ovation when the President said he was going to run around them wherever he could to advance his political agenda. This is tyranny right in front of our eyes.  We saw the three equal branches of government dissolve before our eyes.

There were two other rebuttals to the President’s SOTU speech. Both of which did the job that the Republican response failed to do. They articulated the problem, and suggested a solution. Sen. Rand Paul’s address was spot on when he said before you can render a fix, you have to identify the problem. Which he did. Rep. Mike Lee’s response included the notion that the solutions to the problems facing us are not going to come from a top-heavy big government that purports to know how to spend your money better than you. It’s going to come from a big people taking responsibility and taking charge of the government. The way our founders intended it to be.

Both men articulated an inclusive vision. A vision easily acceptable to working people and families from all political parties trying to fulfill that American Dream.

I encourage you to at least hear them in their own words, because you won’t see them in the mainstream media.

U.S. Sen. Ted Cruz, R-Texas, today called for the appointment of a special prosecutor to investigate the IRS’s illegal targeting of conservative groups. In a letter to Attorney General Eric Holder, Sen. Cruz criticized the administration for failing to keep up its commitment to investigate and hold accountable those responsible for the targeting, for appointing a partisan, Democrat donor to lead DOJ’s probe into the IRS, and for bypassing Congress to make new IRS rules that would stifle free speech among non-profit organizations.

Folks, this is what tyranny looks like. It is your constitutional responsibility to stand up to this coup. Starting at the voting booth and ending when it ends.