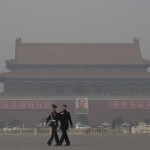 One of the best kept secrets from the global warming crowd and the so-called environmentalist movement is that the great majority of pollution going into the atmosphere comes from China and India, not the United States.

But now that pollution from China is blowing across the Western United States, the meme changes to it’s our fault because we buy too much stuff. Not only that, but the pollution we’re getting is because of what China exports to the U.S., as if  pollution generated from what they export to other countries around the world what, goes no where, or goes somewhere else?

China’s contribution to pollution is the result of the process of their manufacturing and electrical generation, not from the products we buy. That “process” being they don’t give a flip about using clean technology as is used in the United States.

Two facts, it is the political, labor, and tax policies in the U.S. that have driven the manufacturing and related jobs overseas. And, although the U.S. is the cleanest industrial nation for its size in the world, no amount of industry strangulation here is going to make up for countries like India and China who have no desire to clean up their act.

Here are a couple other fun facts: 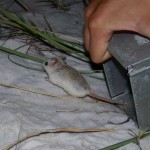 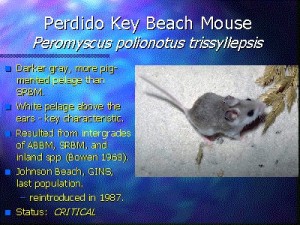 Here’s a disturbing case of Roger Shuler, an Alabama blogger (Legal Schnauzer) now under indefinite detention in a state prison after refusing to remove items from his blog in adherence to an injunction ruling. Seems the judge way overstepped his bounds and lynched Shuler’s First Amendment right without a trial.

Shuler’s is the only name listed from the Western Hemisphere in the Committee to Protect Journalists’ list of imprisoned news workers around the world. While the presence of a U.S. blogger in a U.S. prison because of his work is troubling enough from a constitutional standpoint, there is even more to Shuler’s story than was first suggested in early reports. A New York Times report on Shuler may have underplayed some chilling factors relating to the blogger’s situation.

Commenting on the article in the NYT, Shuler’s wife, Carol Shuler, said

The Times article was entirely in error in suggesting that we are not seeking a lawyer. My husband and I both told the [Times] reporter repeatedly that we were in fact very much wanting a lawyer and were in fact looking for one, however, we did not have the resources to pay an attorney. We hope to find a good First Amendment or constitutional law attorney who could represent us pro bono or by contingency.

There certainly are a lot of high-priced attorneys in Pensacola. Wouldn’t it be nice if one of them stepped up to help this guy out? There’s no greater constitutional issue than this.

How strange it is that there’s nothing in the media about this? A First Amendment issue ought to be front-page above the fold, just as the lynching of a citizen would be.