A prime example of how the media circles the wagons around this president, is this AP story that took two people to write. 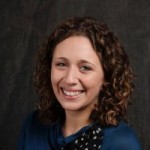 Notice how AP writers Julie Pace and Nancy Benac make the story over the politics of it all. How this will hurt the administration, how republicans fell into a controversy with legs, etc.. Well Julie, Nancy, just because Solyndra, Benghazi, Fast and Furious, IRS intimidation of political adversaries, EPA intimidation of political adversaries, and NSA domestic surveillance are not in your reporting doesn’t mean they didn’t happen and are not attached to this administration.

For the AP, it isn’t about how Obamacare (the law) is not doing what it was supposed to do or doing what it was promised to do. And, it isn’t about leaving seniors, and everyone for that matter, in the lurch with cancelled policies, higher premiums and deductibles, and a non-functioning website. Not to mention that there are millions of Americans that aren’t plugged into the Internet in the first place, like seniors, that need a health insurance policy. None of that.

And only now do they admit how wildly unpopular Obamacare is and always has been with most of America. Wouldn’t be surprised if Julie Pace, Chief White House Correspondent at the AP, gets a W-2 from The White House.

Link: For Obama, health care woes may have staying power