Of course, it is safe to say that hell never left. It just held back until, like they were promised, the U.S. forces left Iraq. Now it’s their problem. Enjoy it Iraq. 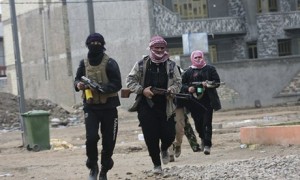 Islamists exploit weak border to fight in Iraq and Syria

The action came as al-Qaida fighters were also reported to have taken control of Falluja and underlined the fragility of Syria and Iraq’s shared border, which is becoming increasingly exposed as standoffs with Islamist militants in both countries appear to be reaching a defining phase.

This whole Islam reset thing is really working out. For al-Qaida.