You could say that politics in 2013 and leading up to the 2014 election is not unlike the wheel games on the boardwalk. A big win for either party is not certain. It’s not even certain that one party will win. The balance of power could stay as it is, which isn’t enough to stop America’s decline. 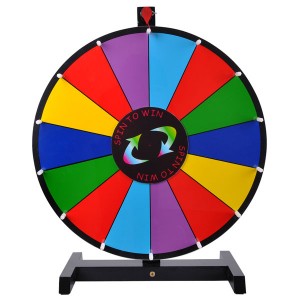 Some say, like this article, that the Tea Party (which isn’t an actual party, but a group of political conservatives) has lost its power due in part to its low profile compared to a few years ago when it took the House in the 2010 election. And also point to some of their “candidates” beginning to change color and lose favor. Sen. Marco Rubio for example, was against immigration reform without border security first, before he was for it. Who the Tea Party gets behind in 2014 and 2016 remains to be seen. They have had enough of politicians that lack the backbone to stand up for conservative principles, ALL the time.

Then there are the democrats that have had enough of the “Hope and Change” vapors. Who instead want to see the promises (any of them) come to fruition. Too bad it took five years for them to see that the man they elected hasn’t a clue about solving why they still don’t have a job, why their health care is getting more expensive, and why their dollar is worth less and less every day. While they all won’t switch their political party, they might sit the next election out. A phenomenon that cost Romney his election win when, compared to 2008, over 3 million republicans stayed home and didn’t vote. On top of buyer’s remorse, you have Democrats like Louisianans Elbert Guillary and Ralph Washington switching to the Republican Party.

Both parties have reason for concern. If Democrats keep the Senate and take the House back, it’s game over for America as we know it. High unemployment the new norm. Overbearing government control of our lives, despite the Constitution, the new norm. And the so-called “lame duck” will be anything but lame. The stakes couldn’t be higher for Republicans to get behind the conservatism that got them elected in 2010, if they ever intend to get control of the Senate, keep the House, and turn this ship around. They actually can make Obama’s promises come to fruition. Being Democrat-lite is a loser.

The news this weekend is all about the United States closing 22 embassies in the Middle East. Two things are clear. Make that three.

alQaeda is on the run. But not in the direction we’ve been led to believe.

The lesson learned from 9/11/2012 seems to be, instead of defending our interests, you retreat. They win. We lose.

The third thing is, which seems to be lost in all the hoopla, is the way the administration is handling this incident that is yet to

happen. An incident that, arguably, is best dealt with in private, not in public. They have signaled to the enemy that they’ve already won. Without a single shot being fired. At the same time, they’ve told the enemy that their electronic communications were intercepted, losing our intel on the two terrorist leaders. It clearly demonstrates that this administration has absolutely no will to take the fight to this enemy. Even when they deliver it to us. And is willing to sacrifice national security for political cover.

That the administration would weaken their hand with all this pre-emptive transparency to the enemy, seems more than a little politically motivated when we still get no transparency on what happened nearly a year ago in Benghazi.