No matter how hard they try, liberals, progressives, and democrats from sea to shining sea, must face the reality that President Obama is not The Prophet. He 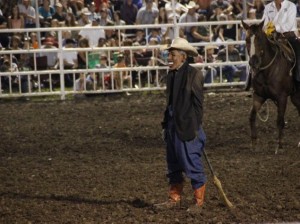 is not the Messiah, nor is he Jesus Christ. Oh wait. It’s OK to mock Jesus Christ in this country, but not Mo. 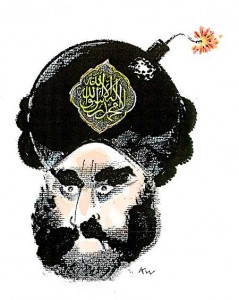 He, above all others, should step up and put an end to the persecution of this citizen that he’s supposed to protect. Something about the 1st Amendment and that annoying (to him) piece of paper called the U.S. Constitution.

If President Obama was any kind of leader and healer, and had the slightest intention of bringing people together, he would get his teleprompter to say “Knock it off. Relax. The bit was meant to be a joke. It goes with the territory when you’re a president. No offense taken.”

Yeah. Wait for that to happen.

If you’re demanding a rodeo jester be thrown in the dungeons for mocking the king, don’t pretend you support a free country.