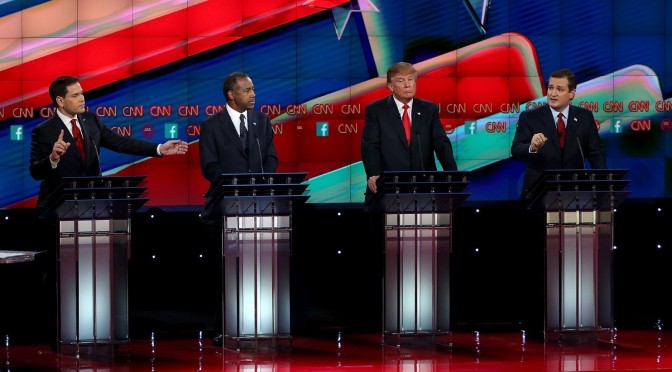 The long knives are out for Donald J. Trump, now that his polling numbers continue to grow, or at the very least, show no signs of falling. A great example of this is this impish article about him by George Will. News Flash George. There is no conservative party. And never was. There was a conservative president, Ronaldus Magnus (as Rush Limbaugh affectionately calls Reagan), but not a Party. In fact, the Republican Party was attacking him like the current party elite (and George Will) are attacking Trump today.

Link: If Trump wins the nomination, prepare for the end of the conservative party