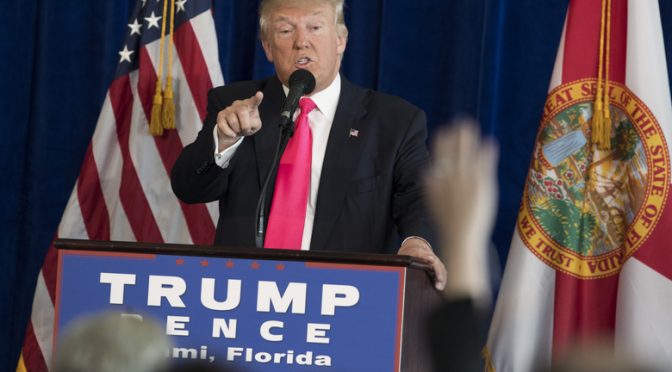 If you’re wondering why the Democratic National Convention has their shorts in a wad over Donald Trump, it can be explained very easily. With his single 1-hour press conference yesterday morning, he totally hijacked their convention news cycle, drawing focus back to Hillary Clinton’s “extremely careless”email setup during her tenure as Sec. of State.

Listen to what Donald Trump said about Russia and emails, and the context it was said. Then recall what Leon Panetta said to millions of people watching the Democratic National Convention, and what other Democrats, and their Media, have said that he said.

Donald Trump, who wants to be president of the United States, is asking one of our adversaries to engage in hacking or intelligence efforts against the United States of America to affect an election.”

That these people will lie to advance an agenda, or to win The White House, is nothing new. To quote Hillary Clinton and Barack Obama, as Americans, “that’s not who we are.” But it is who they are.

As for the New York Times and their soul brothers in mainstream media, and the Left in general, they have no sense of humor. Not until the last line of this article do they admit it.