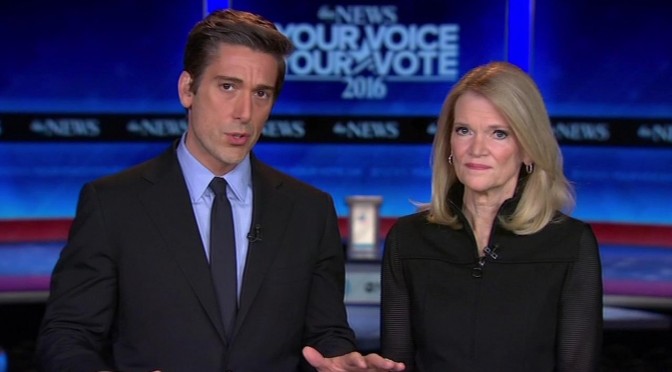 When all the media, ABC included, opine how Donald Trump has brought the country to focus on issues important to most Americans, wouldn’t you have liked to hear the three Democrats running for president weigh in? Didn’t happen.

Democrat Debate Missing Words: Border Security, Illegal Immigration. Media shield: ON. Not one question about what is important to 70 percent of Americans. There was no mention of the words, let alone questions about either.

After the cage matches (the Republican debates), in response to the meme of the media,’s provocative and leading questions, their answer was, well, if you can’t handle (insert debate moderator), how can you handle the Democrat nominee in the general? Or, how can you handle Putin?

It’s not just media bias and hypocrisy. This is what circling the wagons looks like.