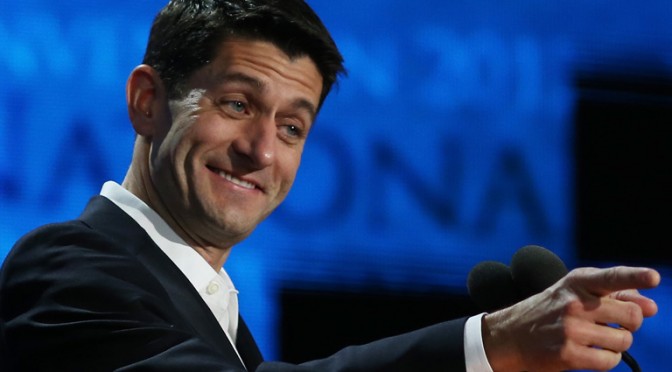 It was only few weeks ago, that Speaker Ryan said he was going to do ‘regular orders.’

We need to let every member contribute, not once they earn their stripes, but now. The committees should take the lead in drafting all major legislation: If you know the issue, you should write the bill. Let’s open up the process. In other words, we need to return to regular order.

There was not going to be these huge bills presented with no time to read what’s in them. Never mind have a debate on what’s in them. He assured Republicans in the House that he wasn’t going to do, what he just did.

Aside from that, what he just did, if approved, is fund the entire Democrat agenda. With few exceptions, there’s no difference between the tax, borrow, and spend Democrats and this Republican party. Senator Sessions (R-AL) is one of those exceptions.

So now Speaker Ryan says that’s for next year. No it’s not. Kill the bill now. Pass temporary spending at current levels, nothing added, until the bill can be put through regular orders.

So what’s the big deal you ask? Ask the minorities in this country how their employment situation is? Isn’t 50% of Black youth unemployment high enough? Do we really need to bring in 4 times as many unskilled and low-skilled (aka entry-level) alien workers next year as we did this year? Has the average family income of American middle class citizens not fallen enough that we should make it tougher on them to live and raise a family?  Is bringing in not 10,000, but 175,000 Syrian refugees, with work permits and visas, with path to citizenship, who our own government acknowledges can not be vetted, good for American citizens? Is it good for our nation’s safety and security? That’s all in this omnibus bill.

Then there’s the bigger picture. This country is already broke.  We already have in excess of $200 Trillion in unfunded mandated spending with no plan on fixing that. So we may as well make it worse? Is it better to go over the cliff at 100 miles per hour than at 50 miles per hour?

This bill is a raw attack on America’s future. It is a raw attack on the incomes of people who are not yet born. People born today are inheriting massive personal debt thanks to the irresponsible actions, regardless of political party in power, of this government. But irresponsible actions of Republicans in particular. They control the House. They have the power of the purse. They control (or not) government spending.

Which explains why the “outsiders” in the Republican primary are getting hit just as hard from the establishment Republicans as they are from Democrats. Our only hope to turn this ship around is to put one of them in The White House. And in subsequent elections, start cleaning house.

Vote the people who created this problem out of office. Replace them with people who won’t lie to you about how they’re going to cut the debt, fix the unfunded mandates problem, keep our country safe, and protect Americans first.