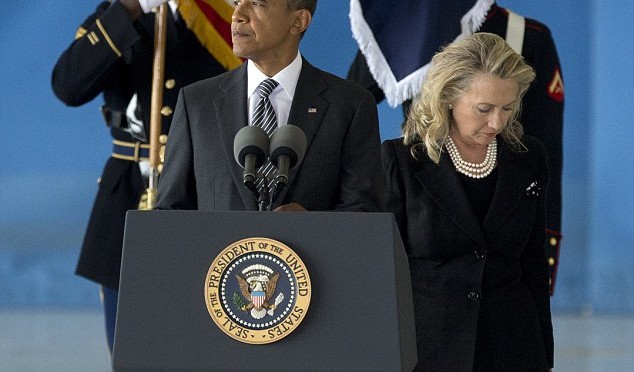 So how’s the 2016 Clinton campaign going? Not very well. The fact that people do not trust her was brought on by her own actions.

From the start of her position as Secretary of State, we now learn that she was allowed to have her own private mail server to conduct official business, instead of the required secure government servers.

True to form, for Hillary Clinton, her mission was to keep her activities out of public view and out of the reach of any Congressional oversight. Can you say Benghazi?

So why is it that the most obvious questions about Sec. Clinton’s mail server activity still has not been asked of her boss, President Obama?

Mr. President, the Cabinet officials work under you and for you.  Confidential and Top Secret emails are normal business for our Embassies around the world. Not only between our Ambassadors and the Sec. of State, but between the Sec. of State and yourself. How is it possible that you never noticed that email communications to and from your Cabinet Secretary were not going through a government-secured mail server? Will you agree to an investigation to verify that you also do not, and did not, have a private server and private email account of your own, that was not part of a government-controlled secure environment, for official business?