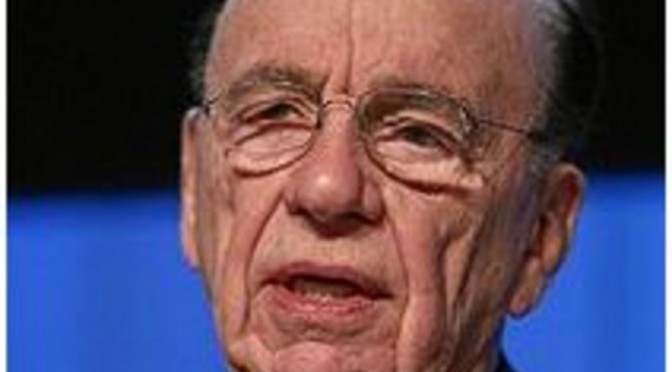 It is unfortunate that the big “news” coming out of the first Republican “debate” was about conjured up and misleading accusations about Donald Trump, instead of what people tuned in to find out. Which was, who, and how, will one of these candidates reverse America’s decline?

In trying to excuse the ineptness of his policies, President Obama goes to the bogeyman, FOX News and talk radio. The latter of which means Rush Limbaugh. Blaming them for turning his successes into failures. In other words, they’re not buying his spin on how great things are. They’re more fact-based, and for the most part, the national voice that is (or was) fact-based when criticizing the president’s performance.

After last Thursday’s dump-on-Trump show, you have to wonder if Rupert Murdoch is feeling a little intimidated by The One? That would explain some of what we saw on the debate stage.

Megyn Kelly is a lawyer. She knows that asking a question with or without context will shape an image in one way or another. So when she recounts what Trump said about Rosie O’Donnell and attributing his comment to the phony ‘war on women,’ without noting that it was Rosie’s personal attack that Trump responded to, it casts a misogynistic pale over the candidate.

Piling on, Megyn Kelly adds to the Democrat ‘war on women’ meme with a comment about a woman “on her knees.” I doubt that there was anyone who took that question in any way other than a Bill Clinton meeting in the Oval Office. Except for two. Brande Roderick, who the comment was attributed to, and Donald Trump.

With that one, I have to wonder if the FOX producers didn’t get that “knees” quote from the slobs at Media Matters. They’re good at twisting up into down and right into left. Which was just the sort of distortion that Megyn’s question accomplished. Can you say Candy Crowley?

Instead of getting on the ‘Trump should apologize’ bandwagon, it is FOX News and Megyn Kelly who should apologize. And not to Trump, he’s a big boy and can take it. But to the American people who watched that debate with the expectation of finding out how the candidates would govern differently than what we’ve seen these last six years. They were not tough questions. They were misleading questions that made the debate more of a reality TV show, instead of an investigation of what the candidates have to offer. 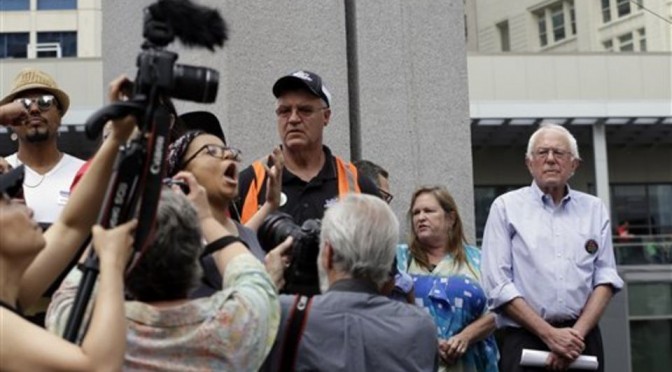 How’s this post-racial America working out for you? The seeds of racial divide that President Obama planted are bearing fruit. Or rather, weeds.

Presidential candidate Sen. Bernie Sanders (I-VT) was given something in Seattle that he did not expect. Disrespect, from a rowdy ‘Black Lives Matter’ crowd that would not let him speak.

Watch as this screaming bitch gets in his face at the podium.

Some people just don’t know their place. You to decide if it is Bernie Sanders, or the protesters.

This would be another teachable moment for President Obama to step up and call for civility. He hasn’t taken advantage of all his other opportunities. If he wants this chaos to stop, he would.