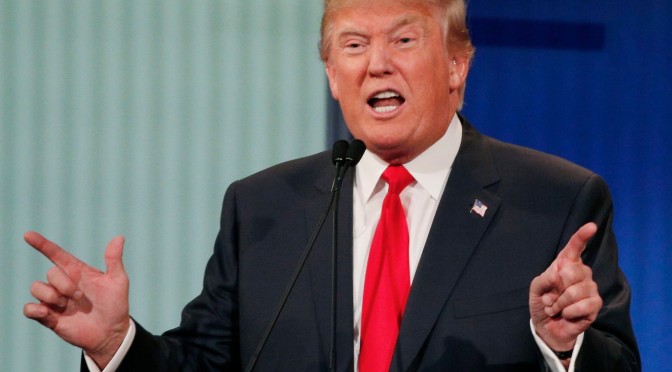 Why is it, that despite all the mud thrown at him by a media hell-bent on discrediting him, even if they have to make stuff up, he continues to rise in the polls?

It’s not just that he strikes a nerve on what most Americans feel is important, because there are other candidates who are saying similar things. What’s different is that Donald Trump doesn’t do PC , doesn’t  bow to critics, and is always on offense. That ‘always on offense’ is what’s different. And, what people tired of seeing this country go down the drain are longing for.

It’s what Democrats have perfected. They never lose, even when they lose. They persist. They persist to the point of electing a community organizer as president. Twice! And the other side, being habitually polite, make a science out of caving and face-saving. Which brings us to the point where the Republican leadership, despite what they were elected to do, is going along with Obama’s agenda when every opportunity to stop it comes up.

Trump turns that whole dynamic on its head. And the folks are cheering.