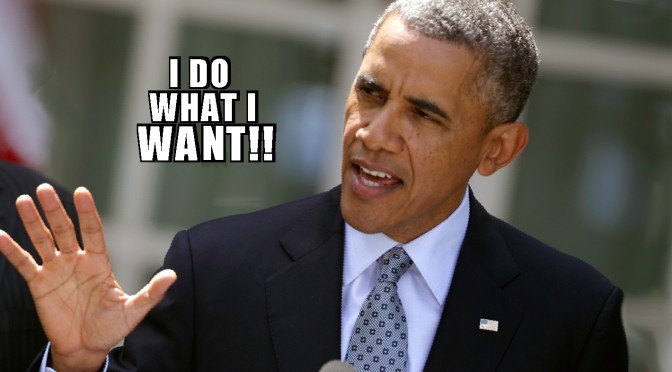 Time was when America’s leaders stood up for it, and the Constitution. No more. Now, thanks to errant and complicit Republicans, behaving like a dictator becomes an “accomplishment.”

A congressional vote of disapproval would not prevent Obama from acting on his own to start putting the accord in place. While he probably would take some heavy criticism, this course would let him add the foreign policy breakthrough to his second-term list of accomplishments.

Link: Obama can do Iran nuclear deal even if Congress disapproves