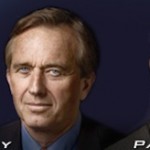 Incapable of joining forces with those like Rand Paul, who is suing the President and other accomplices over the NSA spying debacle, the Ring of Fire opines that Paul’s timing of the suit is questionable. The timing is questionable? If I may quote a former Secretary of State, “what difference, at this point, does it make?”

Paul, Tea Party group FreedomWorks, and Virginia’s former attorney general and Virginia gubernatorial loser Ken Cuccinelli have rallied to organize a lawsuit against President Obama for “his” domestic spying program. The right-wing group is suing on the basis that the spying program violates Fourth Amendment protections against unreasonable searches, which it does. But the timing of the suit is questionable. {emphasis added}

It is a little ironic that a class action lawsuit powerhouse like the Levin/Papantonio Law firm (Papantonio being the Ring of Fire wing) isn’t joining Sen. Paul in his efforts. Maybe if a republican was in The White House?

So rather than joining in the fight, the writer (or ghost writer) tries to discount the whole thing because “the Patriot Act and the NSA spying program are Republican-instituted measures.” That’s true. Much to the dismay of Chris Matthews, our country was attacked while a republican was Commander in Chief. But what is left unsaid, or the writer isn’t aware of, is that the expansion of the program to where it is today was not in the Patriot Act and was never intended to be in the Patriot Act.  That’s according Congressman Jim Sensenbrenner (R-WI5), the guy who wrote it.

Congressman Jim Sensenbrenner (R-WI) today sent a letter to Attorney General Eric Holder regarding the Federal Bureau of Investigation’s application for a top secret court order to collect the phone records of essentially every call made by millions of Verizon customers.

Congressman Sensenbrenner: “As the author of the Patriot Act, I am extremely troubled by the FBI’s interpretation of this legislation. While I believe the Patriot Act appropriately balanced national security concerns and civil rights, I have always worried about potential abuses. The Bureau’s broad application for phone records was made under the so-called business records provision of the Act. I do not believe the broadly drafted FISA order is consistent with the requirements of the Patriot Act. Seizing phone records of millions of innocent people is excessive and un-American.”

Lest they be accused of being intensely hypocritical on the subject, they need to get on board and fight for the rights they believe are being violated.

Links: Just When You Thought Republicans Ran Out of Anti-Obama Ideas  |  Author of Patriot Act: FBI’s FISA Order is Abuse of Patriot Act 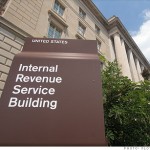 punishing conservative groups interested in conservative politics, or lets say, politics in contrast to the current administrations ideas, vulnerable Democrats are flat out asking the IRS for help. To shut down first amendment rights to their favor.

Sen. Charles Schumer (N.Y.), the Senate Democrats’ chief political strategist, called for the IRS to curb political spending by outside groups during a major speech on how to blunt the impact of conservative donors such as the Koch brothers.

“The Tea Party elites gained extraordinary influence by being able to funnel millions of dollars into campaigns with ads that distort the truth and attack government. There are many things that can be done administratively by the IRS and other government agencies — we must redouble those efforts immediately,” he said in remarks at the Center for American Progress Action Fund.

Yet more from this lawless administration. Never mind that the first amendment is to protect political speech. Just another example of how Democrats use the power of government to fight their fight and punish their political opponents.