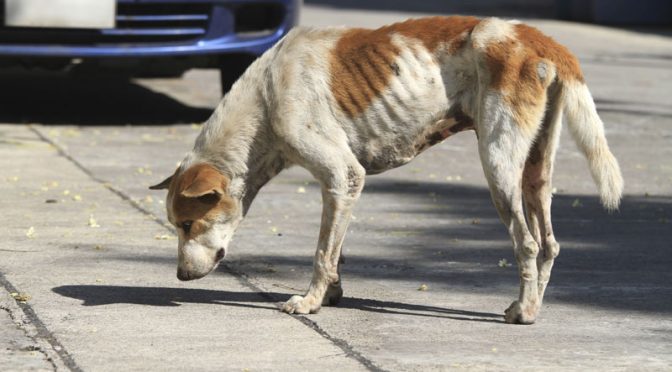 Notice in this article, as in any other article that passes the KGB, er, I mean censors, there is no curiosity or explanation as to WHERE THE DOGS CAME FROM? No, instead, the compliant media is calling them “street animals.”

Putin spokesman, Dmitri S. Peskov, acknowledged in an interview with Kommersant FM radio Wednesday that Sochi was struggling with stray dogs. And, in true dictator fashion, attempts to lay the blame on someone else. . .

“It is true that there are stray dogs in Sochi, more stray dogs than in other cities. The explanation is quite simple. When a big construction project is underway, dogs and puppies always appear whom the builders feed. Now the builders have left, but unfortunately, the dogs remain.”

That’s pure bullshit. Have you ever noticed stray dogs coming around a construction project where you live? Russia’s Vladimir Putin made those dogs become stray dogs. That KGB piece of shit. It isn’t hard to figure out where they came from and why there are more stray dogs in Sochi than other cities.

Russia, a country that does not value private property and in fact, treats its citizens as its property, razed whole communities and neighborhoods of people who had their own home, and pets, to make room for the olympic construction projects. The people were relocated into apartment buildings, WHERE NO DOGS ARE ALLOWED. With absolutely no regard for their citizens and their pets, the people were just forced to let their pets go. So, they go were food is. Where someone, anyone might feed them. They’re friendly because they are domesticated pets, not wild dogs.

This pisses me off. And Putin, and his communist state, needs to be held to account. If by no other way than by spreading the word of what he is responsible for in Sochi, and what an ‘animal’ of a human being he is. It’s like letting your dog out to do its business and not letting him back in, and moving away. Americans are lucky that they were born here. It could have been worse, like if you were born in Russia with no means to escape.

If only Vladimir Putin would be put in the same situation and meet the same fate he is putting those poor dogs in. All of it.

Links: Racing to Save the Stray Dogs of Sochi  |  Russians say authorities rounding up, poisoning stray dogs before Olympics