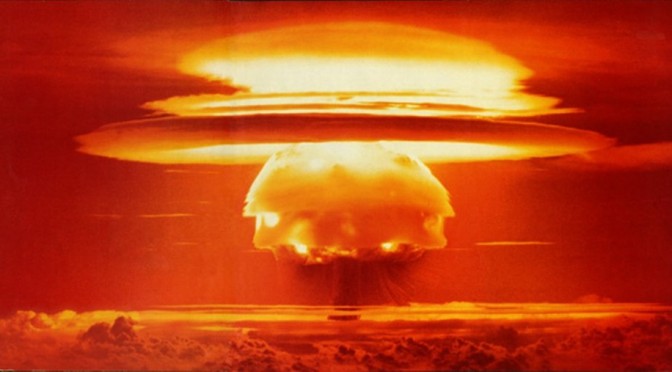 It must be blatantly obvious to everyone, media excepted, that the Obama administration’s determination for an Iranian nuclear “deal” has nothing to do with whether it is a good deal.

Latest development, and this has to have the Iranian negotiators laughing themselves silly (oh, and our allies concerned) over the smoke and mirrors the administration is showing the American people by pretending that their negotiations are about to come to a fruitful end.

U.S. negotiators are said to have given up ground on demands that Iran be forced to disclose the full range of its nuclear activities at the outset of a nuclear deal, a concession experts say would gut the verification the Obama administration has vowed would stand as the crux of a deal with Iran.

This, after learning a few weeks ago about the existence of a covert underground and fortified nuclear enrichment site. Instead of walking away from talks with a dishonest and belligerent state, they continue to forge ahead with a “deal” that only insures nuclear proliferation in the one country responsible for supporting more terrorist attacks and organizations than any other in the world.

You have to question, who’s side is President Obama on?

For years, most people have assumed that Israel has nuclear weapons or nuclear weapon capability. But neither Israel nor the United States have ever publicly confirmed it. Until now. The Obama administration has declassified, and published, documents going back to the 1980’s that confirm the existence of nuclear weapons capability in Israel.

Why would Obama do that? Two reasons, one of which I mentioned in this post . . .

Imagine watching your enemy and seeing your so-called ally meet up to strike a deal that threatens your very existence. It’s no wonder Netanyahu did what he did. That isn’t showing disrespect for The One. That is sticking up for his country and exposing Obama for the fool in international relations that he is. That’s why he is so upset. And that’s why you can expect the petulant child to double-down and make the world less safe for our best ally in the Middle East, Israel, faster.

The other reason is to excuse Iran for wanting to have a nuclear weapons program, that they already (illegally) have. Now, with the help of our own president, Iran can say, “Israel has one, we feel threatened, so we must have one too.” “To maintain stability” they will argue. And Obama will say, yes, that seems reasonable. (Ignoring Iran’s continual call for the elimination of Israel.) It makes John Kerry’s job so much easier by letting Iran have the nukes they want.

And Obama’s legacy will be marred by mushroom clouds. God help us all.