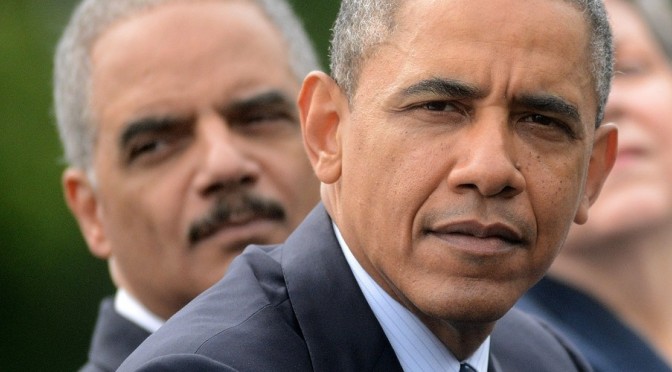 It’s been a whole three days since the ATF shelved their idea “at this time” to ban 5.56 ammo used in the most popular rifle in the United States today, the AR-15,

As predictable as the sun rising in the East, Congressional Democrats, not taking no for an answer, are at it again.

In light of the cop shootings in Ferguson, if these Democrats really want to protect cops, like they claim they want to do, then they should call for a ban on Liberals, not bullets.

There is no rash of cop killings, not even one, happening with AR-15 ammo. However, there are murder attempts happening from the racially charged rhetoric from liberals, the race industry, our President and Attorney General.