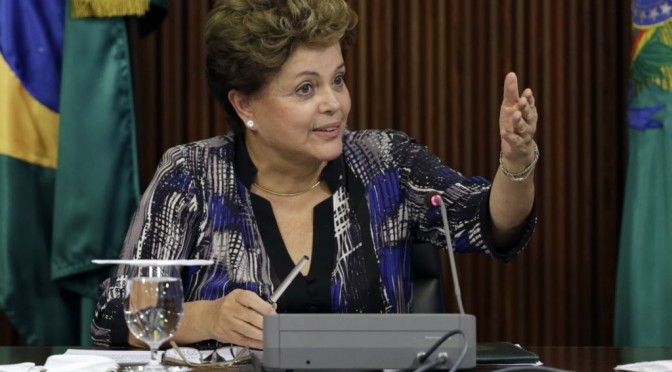 It was four years ago that President Obama, through the US Export-Import Bank, extended $3 billion credit to Brazil to finance infrastructure projects and offshore oil drilling. See, he really is for offshore drilling. Just not in his own country.

The money was for Petrobras, Brazil’s state-owned oil company. Essentially, it was for Brazil’s top politicians.

In today’s news, four years later, Petrobras can’t borrow money for a used car. Their credit rating is junk. And it all began four years ago with bribes and kickbacks.

Everything he touches turns to . . . No, it’s not gold. Another Solyndra, another Arab Spring, a new Libya, fall of Iraq, rise of ISIS, jobs for terrorists, nukes for Iran. You name it. And that’s just over there. Over here there is chronic long-term unemployment and falling family incomes. Obama’s wealthy donor friends excepted.

And to think we still have two more years with this wrecking ball in The White House.