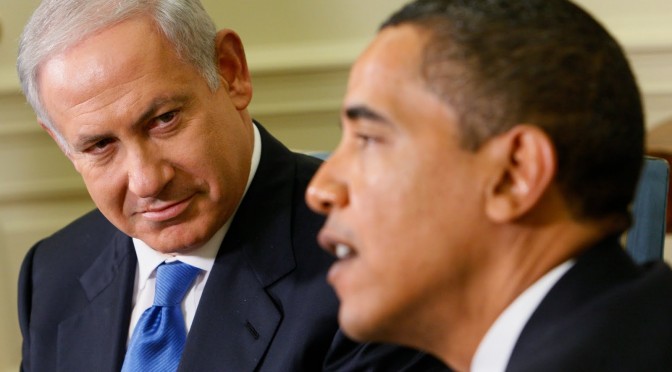 Well, calling it a ‘sting’ is a bit much. That implies that the meeting was arranged by a third party who, in this case, is Israel. From his reaction though, Obama must feel like he was.

What is being reported by the WSJ is that Israel somehow “spied” on the Iran/U.S. nuclear talks. To put it another way, Israel was using due diligence in the defense and security of their country.

Suffice it to say though, keeping an eye on your enemy (Iran) is just a prudent security practice. Especially when that enemy avows, on an almost daily basis, to wipe your country off the map.

Besides eavesdropping, Israel obtained information from confidential US briefings, informants and diplomatic contacts in Europe, the officials told the Journal.  It added that more than the espionage, what irked the White House was the fact that Israel shared inside information with American legislators in a bid to sap support for a deal intended to limit Iran’s nuclear program.

What really irked the administration is that they got caught conspiring with the enemy to cook up a deal that is in violation of current U.N. resolutions. A deal that paves the way for Iran to not only have sanctions lifted, but to give the OK for Iran to develop a nuclear weapon. To make matters even more bizarre, the administration took Iran and Hamas off of the list of terrorist organizations and regimes. No doubt to give the impression that they weren’t doing something absolutely idiotic by letting them have nukes.

Imagine watching your enemy and seeing your so-called ally meet up  to strike a deal that threatens your very existence. It’s no wonder Netanyahu did what he did. That isn’t showing disrespect for The One. That is sticking up for his country and exposing Obama for the fool in international relations that he is. That’s why he is so upset. And that’s why you can expect the petulant child to double-down and make the world less safe for our best ally in the Middle East, Israel, faster.