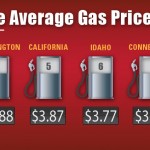 Never ceases to amaze me how the president must be drug screaming and kicking to the oil independence table that will create high-paying jobs (mostly union jobs), lower the cost of fuel, food, and transportation, stimulate the economy, as well as the family incomes that have been falling ever since his “recovery” began.

If the president had any balls at all, he’d be the first one calling for this. More than any sanctions he could muster against Putin’s Russia, having the ability to lower the price of crude worldwide would be the most effective pressure he could put on Putin because Russia’s economy is totally driven by oil and natural gas.

It should be a no-brainer. Americans, Europeans, Asians would all benefit from increased availability and lower energy cost. Then again, we’re dealing with Barack Obama and the greenies.