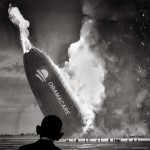 Remember how quick the Obama administration was to tout the Obamacare enrollment numbers, that they wanted to? Of course, they still don’t know (or are not saying) how many new insureds there are as opposed to those who bought into the plan because they could not keep the policy they liked.

Now the house of cards is beginning to fall. Out of the eight million enrollees, 2.5 million are in limbo due to incomplete immigration and/or income status verification.

The Obama administration on Monday said 115,000 people in 36 states could lose their private health insurance under Obamacare after Sept. 30, because of unresolved data problems involving their citizenship or immigration status.

Another 363,000 people could see their insurance costs change, due to problems involving income data that is used to determine whether enrollees qualify for federal subsidies to help pay premiums on health plans obtained through the federal insurance marketplace, according to the administration.

Long story short, the fraud that was perpetrated both by the administration and those lying about their income and immigration status is bubbling to the top. Let’s not forget whose problem this is. It is ALL Democrats that voted for it. ZERO Republicans. Americans deserve better. We deserve an honest, open, and transparent government, and this bunch is not delivering. Not only are they not delivering, they have ruined the best (albeit not beyond improvement) health care delivery system and health insurance industry in the world, just for the sake of their ideology of having a single-payer (socialized) health care system.

What’s astonishing (not really) is the media’s take on this. The WSJ video in the link below, says “immigrants” have “missed the deadline” to verify their status. There is no deadline that an illegal alien can make. Ever.