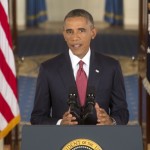 President Obama gave the much-touted prime time address to the nation. After more than six months of watching ISIS convoys roll into Iraq from Syria, and watching  ISIS take back city after city in Iraq that our men and women and their families sacrificed so much for, President Obama now says he has a plan. This, two weeks after saying he had no plan for ISIS, and after watching two American journalists get beheaded, and after seeing his job approval rating fall to an all-time low, he had a conversation with the American people.

For the first time that I can recall, he used the L-word. Lead, as in leadership. Oh, did I mention his poll numbers for his ability to lead are also at an all time low?

What President Obama did is this. He told the enemy that he was coming for them. Gave them the heads up to move their assets around, spread them out, and not be an easy target. And to give cover for his piss-poor execution, he asked Congress to join him, even though he said he had the authority, and didn’t need them.

There isn’t war general, and has never been a Commander-in-Chief that will telegraph what the next move is, and what options he won’t use, like President Obama. And, appearing like a guest speaker at a VFW convention, he makes his speech behind a podium from a hallway in The White House. Not from his chair, behind his desk, in the oval office. Apparently, a well-financed and equipped Islamic terrorist organization that already controls half of Syria and Iraq, beheads Americans on video, that has declared war on us, isn’t important enough to come from there, the most un-used room at 1600 Pennsylvania Avenue.

He needs to get the hell out of Washington, play golf, and leave the war fighting to the adults in the Pentagon. He’s a joke on the world stage. Anything but a world leader. Can’t be trusted at home or abroad. And an embarrassment to the nation.

Link: President Obama: “We Will Degrade and Ultimately Destroy ISIL” 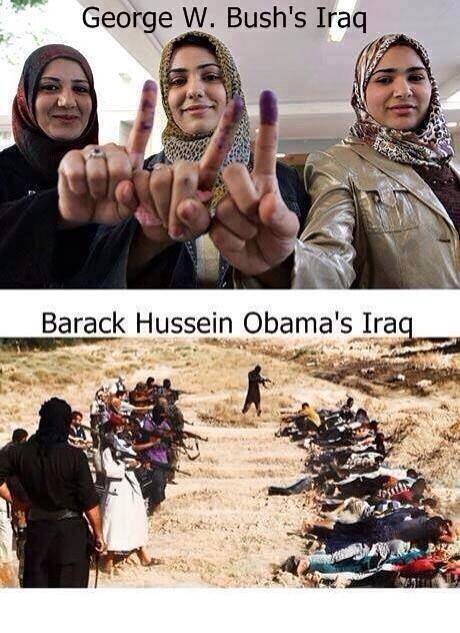