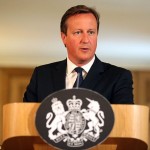 Why would President Obama deny that ISIS, alQaeda, all those cowardice cave men clinging to their guns and religion, is political and therefore requires a political solution? That there is no military solution and, btw, we don’t have a plan on how to deal with (terrorism) them. If that isn’t music to the terrorists’ ears, I don’t know what is.

Great Britain is learning what an open door Politically Correct driven immigration policy is getting them. Suicide bombers, citizens being decapitated in broad daylight. Unfortunately, President Obama is likewise genuflecting to the Islamic goons by ignoring border security here. Which begs another question. Do you think Obama has weighed the benefit of millions of undocumented democrats against the terror threat that exists? To put it another way, do you think Obama thinks that the sacrificing of untold number of Americans to terrorist attacks is worth the price for the perpetual Democrat control of government?

From the frame of mind of someone who wrote the book “Dreams from my (Communist) father,” I have no doubt that he thinks it is worth it.

As an aside, and not totally unrelated to Obama and terrorism, let’s review his actions of late.

I don’t know about you, but I’m not feeling confident that this president knows what is best for America.

Somebody tell me, what happened to, “We are the ones we’ve been waiting for”? (h/t to Rush Limbaugh for that one)