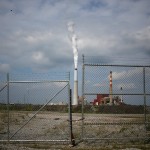 Refusing to take no for an answer, Obama (not The White House, but Obama) is by-passing the Democrat-controlled Senate on a Useless Nations climate agreement.

King Obama is engineering a UN Climate Accord without Congress. As the media and Democrats in Congress marvel as the lawless Obama administration goes from “deeming” bills passed (ACA) to announcing at a SOTU speech that he’ll go around Congress, and now doing a retroactive re-write of an existing 1992 treaty instead of asking Congress again. Really?

Link: Obama Pursuing Climate Accord in Lieu of Treaty