One thing is certain. If it happens in Washington, or anywhere there is an elected official, it is political. Politician, politics, political. Get it?

That’s not to say that anything or everything political is bad, good, or acceptable. The difference between what’s bad and what’s good is the legal and moral aspects of the action.

The political Left as represented by Rep. Nancy Pelosi (D-CA-12) and  Elijah 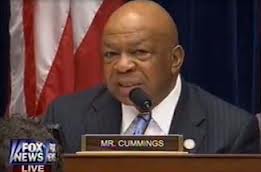 Cummings (D-Md.) believe that matters like the Benghazi investigation is just politics, and not worthy of attention. She says that the investigation is a “distraction.” A distraction from Obama’s failed policies elsewhere I suppose.

But here’s the difference between what is a distraction and what is not. Democrats had Tom Delay attacked and prosecuted for doing political actions that were legal. In short, they were successful in criminalizing legal political conduct. No one was killed or injured. And DeLay paid millions to defend himself to the end of having the case finally dismissed. Pelosi and Obama weren’t saying ‘oh, that’s just political, there’s no there there.’

Where Benghazi is concerned, the regime used political power and influence to an immoral, if not illegal, end. To this day, no one knows what the Commander in Chief was doing when Americans were fighting for their lives in Benghazi.

What we do know is, the story we were told by him and his surrogates in the State Department turns out to have been false. It wasn’t a mistake that the story about the alleged video was said to be the cause of the attack. That was the lie created to shift responsibility from the regime and the State Department to some poor shlep in California. That was the immoral political calculation the regime made to keep the truth from the American public (another immoral political calculation) long enough to get through the upcoming presidential election. And that’s why the investigation into what happened before, during, and after the Benghazi attack is important. See the difference?

To quote the now infamous Secretary of State Hillary Clinton, “It is a subject that we are absolutely required to explore.“ 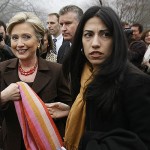 Now that the Islamic terrorist group Boko Haram has kidnapped nearly 300 teenage girls, Christian girls, from school where they were taking their final exams, questions are popping up about how this group is still not on the list of terrorist organizations by the State Department. The answer to that lies in the State Department under the leadership of Hillary Clinton.

What Clinton didn’t mention was that her own State Department refused to place Boko Haram on the list of foreign terrorist organizations in 2011, after the group bombed the UN headquarters in Abuja. The refusal came despite the urging of the Justice Department, the FBI, the CIA, and over a dozen Senators and Congressmen.

One of the closest sources of Islamic sympathizers (aside from the President himself) in the Obama administration was Hillary Clinton’s Chief of Staff, Muslim Brotherhood sister Huma Mahmood Abedin, aka Anthony Weiner’s wife. President Obama and Huma Abedin are soul mates when it comes to appeasing Islamists, even terrorist ones, and the Muslim Brotherhood. Adding another terrorist group to the list of terrorist groups around the world would have contradicted the regime at a time when they are publicly saying that alQaeda is on the run. A purely political decision that cost American, and now hundreds of kids, lives.

AlQaeda is on the run. Towards us. Not away from us.

You needn’t look any further to explain candidate Obama’s apology tour in Egypt and their Arab Spring (turned Arab Winter), the rise of the Muslim Brotherhood there, the devolution of Libya and Syria, leading to the death of our Ambassador and three other Americans in Benghazi, and replacing bad governments with alQaeda and their affiliates than Secretary of State Hillary Rodham Clinton.