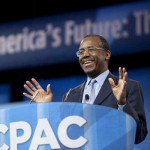 “If you are pro-life, then you’re anti-woman. If you’re pro-traditional marriage, then you’re homophobic. If you’re a white person and you say something against a progressive black person, you’re a racist,” Carson explained, calling for Americans “to realize that we are not each other’s enemies. The enemies are those people who are trying to divide us up.”

And the media either hasn’t a clue, or is complicit with this brand of politics perpetrated by the regime. My money is on the latter.

Link: Ben Carson: ‘We’re Being Manipulated’ by Those ‘Trying to Divide Us’

As a charter member (you can be too!) of Pensacola’s only indoor shooting range, I got this great news. It will “soft-open” next week!

We are proud to announce that we are having a soft opening to all members starting at 12:00 noon on Monday, April 28, 2014 until 5:30 p.m. The rest of the week Tuesday through Friday you can come in between 8:30 a.m. until 5:30 p.m. and Saturday 9:00 a.m. to 1 p.m. to try out the new shooting range.
Bring your unloaded gun, eye and ear protection, or purchase them from our retail shop next door. All members will receive a Loyalty Card which provides discounts on all your purchases at Pensacola Indoor Shooting Range, including targets and ammunition.
The hours for the range will be extended when we are up and running at full speed. We are very excited to finally open the doors and look forward to seeing everyone at the NEW Pensacola Indoor Shooting Range.
Come by and check us out. Again, thank you for your patience.
Call 850-474-GUNS for more details.
PENSACOLA INDOOR SHOOTING RANGE, LLC
6428 N. Pensacola Blvd., Pensacola, FL 32505
(850) 474-GUNS

The United Auto Workers union on Monday said it was withdrawing its objection claiming undue outside political interference to the result of a February election it lost among workers at the Volkswagen AG plant in Tennessee.

UAW President Bob King, in a statement issued by the union Monday morning, said the process of objecting to the National Labor Relations Board could have dragged on for months if not years.

There’s never been a more big-labor-friendly administration than the current one. So why would they back down so quickly? With the fear of losing the Senate and maybe The White House in two years, maybe attacking a growing company on the behalf of Big Labor isn’t a winning proposition from a political standpoint? UAW President Bob King got the message, we’ll have more flexibility after the election. Which means using the federal government to make sure that the union is the only player in the game. 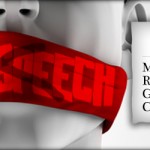 A truly free society is based on a vision of respect for people and what they value. In a truly free society, any business that disrespects its customers will fail, and deserves to do so. The same should be true of any government that disrespects its citizens. The central belief and fatal conceit of the current administration is that you are incapable of running your own life, but those in power are capable of running it for you. This is the essence of big government and collectivism.

More than 200 years ago, Thomas Jefferson warned that this could happen. “The natural progress of things,” Jefferson wrote, “is for liberty to yield and government to gain ground.” He knew that no government could possibly run citizens’ lives for the better. The more government tries to control, the greater the disaster, as shown by the current health-care debacle. Collectivists (those who stand for government control of the means of production and how people live their lives) promise heaven but deliver hell. For them, the promised end justifies the means.

Instead of encouraging free and open debate, collectivists strive to discredit and intimidate opponents. They engage in character assassination. (I should know, as the almost daily target of their attacks.) This is the approach that Arthur Schopenhauer described in the 19th century, that Saul Alinsky famously advocated in the 20th, and that so many despots have infamously practiced. Such tactics are the antithesis of what is required for a free society—and a telltale sign that the collectivists do not have good answers.

Rather than try to understand my vision for a free society or accurately report the facts about Koch Industries, our critics would have you believe we’re “un-American” and trying to “rig the system,” that we’re against “environmental protection” or eager to “end workplace safety standards.” These falsehoods remind me of the late Sen. Daniel Patrick Moynihan’s observation, “Everyone is entitled to his own opinion, but not to his own facts.” Here are some facts about my philosophy and our company:

Koch companies employ 60,000 Americans, who make many thousands of products that Americans want and need. According to government figures, our employees and the 143,000 additional American jobs they support generate nearly $11.7 billion in compensation and benefits. About one-third of our U.S.-based employees are union members.

Koch employees have earned well over 700 awards for environmental, health and safety excellence since 2009, many of them from the Environmental Protection Agency and Occupational Safety and Health Administration. EPA officials have commended us for our “commitment to a cleaner environment” and called us “a model for other companies.”

Our refineries have consistently ranked among the best in the nation for low per-barrel emissions. In 2012, our Total Case Incident Rate (an important safety measure) was 67% better than a Bureau of Labor Statistics average for peer industries. Even so, we have never rested on our laurels. We believe there is always room for innovation and improvement.

Far from trying to rig the system, I have spent decades opposing cronyism and all political favors, including mandates, subsidies and protective tariffs—even when we benefit from them. I believe that cronyism is nothing more than welfare for the rich and powerful, and should be abolished.

Koch Industries was the only major producer in the ethanol industry to argue for the demise of the ethanol tax credit in 2011. That government handout (which cost taxpayers billions) needlessly drove up food and fuel prices as well as other costs for consumers—many of whom were poor or otherwise disadvantaged. Now the mandate needs to go, so that consumers and the marketplace are the ones who decide the future of ethanol.

Instead of fostering a system that enables people to help themselves, America is now saddled with a system that destroys value, raises costs, hinders innovation and relegates millions of citizens to a life of poverty, dependency and hopelessness. This is what happens when elected officials believe that people’s lives are better run by politicians and regulators than by the people themselves. Those in power fail to see that more government means less liberty, and liberty is the essence of what it means to be American. Love of liberty is the American ideal.

If more businesses (and elected officials) were to embrace a vision of creating real value for people in a principled way, our nation would be far better off—not just today, but for generations to come. I’m dedicated to fighting for that vision. I’m convinced most Americans believe it’s worth fighting for, too.

Mr. Koch is chairman and CEO of Koch Industries.

In the news again is a soldier shooting unarmed soldiers in a military base. Preliminary speculation to motivation is mental illness, PTSD.

Where was PTSD after WWII, the Korean War? What’s different about war, or the human condition, today? Or did incidents like this happen back then, but was never reported and sensationalized like it is today? Do you think the news today is fueled more by the “gun control” agenda than mental health?