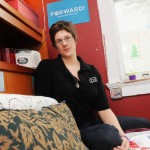 This is rich. Vista and other AmeriCorps volunteers who have health insurance provided by the federal government, were notified on December 16, 2013 that their insurance plans were history as of New Years Day. How’s that for compassion? How’s that for the irony of all ironies?

The Obama administration has told Vista volunteers and other AmeriCorps workers that their government-provided health coverage does not measure up to the standards of the new health care law, and that they may be subject to financial penalties unless they obtain insurance elsewhere.

Do anyone need any more information to prove that our federal government isn’t the one to run our health care or our health insurance? Not only do they not care about you. They don’t care about their own employees either.

Abby Grosslein, a Vista member in New Orleans, said she thought it was strange that the health benefits provided by a federal agency did not meet the standards of a law adopted more than three and a half years ago. “It would be nice if the government waived the penalty because we are a federally funded program,” said Ms. Grosslein, 24, who is completing her third year of service with AmeriCorps. “It’s as if the right hand does not know what the left hand is doing.”

Moreover, she said: “The Affordable Care Act has been on the books since 2010. Why are we hearing only now that our health plan is not compliant?”