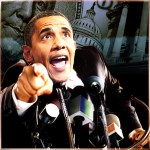 Here’s a fun exercise on what I call the Obama Quotient.

Doing a search on Google in two areas on President Obama’s leadership. What he knows, and where the buck stops. From what’s out there, it seems he doesn’t know very much and blames everyone but himself.

Related link: Check it out…a lot of other stuff Obama didn’t know about!