In what critics are calling a “major insult to democracy” in Venezuela, (the hemisphere’s idiot) President Hugo Chavez  has promoted to his nation’s 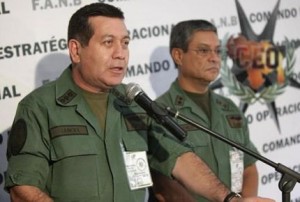 highest military level a controversial general who has vowed not to cooperate with opposition leaders if they win the presidential election in 2012.

Henry Rangel Silva will take over as General-in-Chief, Chavez said on state television. The military won’t tolerate an opposition government because it would try to “sell” the country, the general said in a November 8 interview published in Caracas Ultimas Noticias.

Chavez is getting his military coup in place for when he gets defeated in the 2012 elections. That is, if he is not completely successful in fixing them.
Link:  Chavez provokes the opposition by naming controversial general

A Marine from Texas survived combat in Iraq only to be murdered in the French Quarter — stabbed to death even as he wore his dress-blue uniform complete with battle commendations pinned to his chest.

I’m at a loss for words for that piece of shit that killed this great man.