The flooding in Tennessee has taken 30 lives so far. Nashville is under water. The inaction by the Obama administration is simply astounding.

And just why do you think that is?

The boys at Red State Update call for help from fellow Americans. Not from Washington.

A sure sign of spring is when the girls start showing their navels. 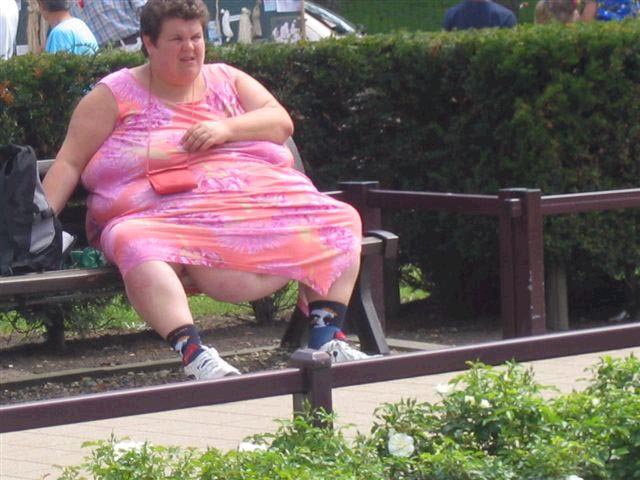 Now that the dust from the terrorist car bombing attack in Manhattan has settled, and the oil spill talking points are down, all while the flooding in Tennessee is being ignored, what else has the media not been telling you about when it comes to the Obama administration?

Having removed all possibilities offered by giving the benefit of doubt to President Obama, let’s examine the actions of the community organizer-turned Commander in Chief since last month. Time has come to hold him accountable for the disparity between his words and his deeds.

Missed from the news pages and the evening ‘news’ was this little ditty. 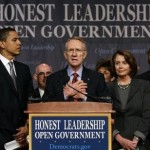 The economic report released last week by Health and Human Services, which indicated that President Barack Obama’s health care “reform” law would actually increase the cost of health care and impose higher costs on consumers, had been submitted to the office of HHS Secretary Kathleen Sebelius more than a week before the Congressional votes on the bill, according to career HHS sources, who added that Sebelius’s staff refused to review the document before the vote was taken.

“The reason we were given was that they did not want to influence the vote,” says an HHS source. “

Which is actually the point of having a review like this.To put it another way, telling Americans and Congress the truth would be contrary to President Obama’s agenda. So the truth loses.

Long before the so-called health reform bill was voted on, I was willing to accept that Obama was just wrong in his assertion that his bill would reduce costs. I was even willing to believe him (well, not really) when he said that he wouldn’t sign a bill that wouldn’t reduce cost and increase care. But when put to the wall, this administration is all about the means justifying the end. Truth, openness, and accountability was the smokescreen used to usurp nearly 20 percent of the private sector economy and the health care decisions of all Americans, whether they like it or not.

We now know that none of what the President promised will happen. Ditto with the so-called ‘stimulus’ package of out-of-sight deficit spending keeping unemployment below eight percent. If the President was an honest man, he would hold a news conference and admit his ‘mistake’ and call for the revocation of The Affordable Care Act and hold true to his word that no bill of that magnitude will ever again pass on a simple majority, bribery notwithstanding.

Then there is the divider-in-chief’s comments on the new law in Arizona that gives state and local police the same powers of the federal government when it comes enforcing the law as relates to border crashers, aka illegal aliens. 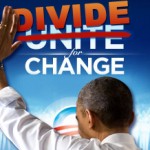 It was in late April at a campaign-style event in Iowa when Obama said, “Now, suddenly, if you don’t have your papers and you took your kid out to get ice cream, you’re going to get harassed.” That simply and factually is not true. It is a deliberate prevarication of the facts, or more simply, a lie. Standard practice for a community organizer who looks at illegal aliens as undocumented democrats. But deplorable practice for the President of the United States.

The Arizona law prohibits profiling to ascertain citizenship, same as the federal law prohibits profiling. What the President knows, and is deliberately misleading to inflame emotions in the Latino community, is that (like the federal law) any interrogation such as asking for identification may only come AFTER a lawful contact with a person such as being stopped in the commission of a crime, a traffic stop, or some other reason that an officer may lawfully come in contact with an individual. It may not happen solely on the color of their skin. 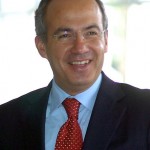 Criminalizing immigration, which is a social and economic phenomena, this way opens the door to intolerance, hate, and discrimination.” Calderon told a meeting with Mexican immigrant groups.

“My government cannot and will not remain indifferent when these kinds of policies go against human rights,” Calderon said, adding that he would bring up the new law when he meets with Obama next month during an official visit to Washington.

Like his predecessor Vicente Fox, Calderon often refers to illegal aliens who are Mexicans as a migration phenomenon. Breaking U.S. immigration laws is not a human right Mr. Calderon. Something else to ponder President Calderon, people immigrate, animals migrate.

I have no problem with people who want to come to America to live and prosper, when done legally. And if steps are not taken now to insure that America remains American, then I apologize to our future generations for the chaos they’ll be going through. There’s nothing wrong or un-American about this country being a so-called melting pot. What’s wrong is to let the pot melt.