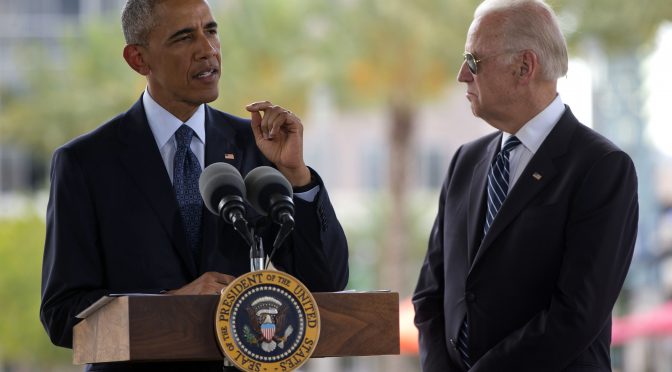 That President Obama took the memorial as his occasion to push gun control is bad enough and, an insult to the victims and families.

Deflecting his weakness in combating the war on terror, which is what this terrorist attack was, to the gun control agenda is all he had the courage to do. Deflecting a terrorist attack to a gun debate,  he said “This debate needs to change.”

OBAMA:  This debate needs to change.  It’s outgrown the old political stalemates.  The notion that the answer to this tragedy would be to make sure that more people in a nightclub are similarly armed to the killer defies common sense. . . . Why it is that we think our liberty requires these repeated tragedies?  That’s not the meaning of liberty. . . .  If we don’t act, we will keep seeing more massacres like this, because we’ll be choosing to allow them to happen.

Never before in American history have we had a president so unwilling to protect and defend the Constitution and the people of the United States.

The truth about Obama is, he never intended on keeping his oath. He gave that up when he declared he was going to fundamentally change America.