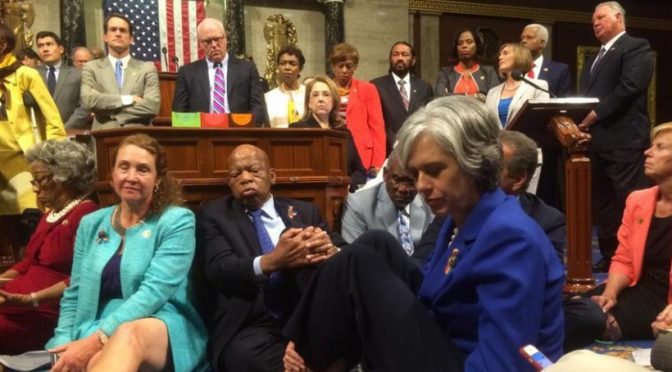 In what can only be characterized as the aging hippie generation reliving the good old days of the 60’s, yesterday Democrat lawmakers left their seats to sit on the floor of the House of Representatives and pitch a temper tantrum. Complete with chants. (But without the pot.)

Driven by the emotion of the Orlando terror attack and their fervor for more ‘gun control,’ these politicians are creating this show to do three things.

In short, their sit-in is to attack due process, the right to bear arms, and the Constitution.

If this isn’t a wake-up call to save this country from tyrannical rulers, I don’t know what is.