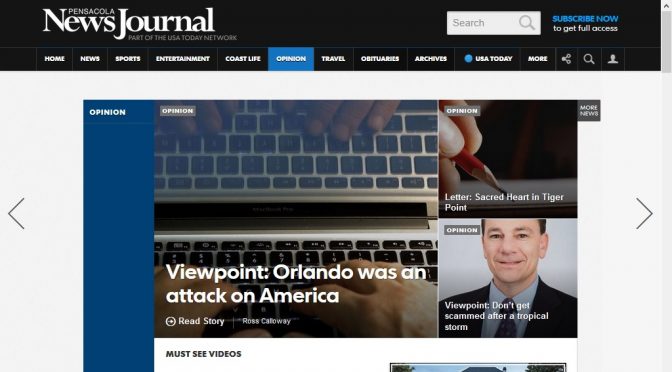 After the terrorist attack in Orlando, liberals from President Obama on down jumped on guns as the problem. Their reaction is full of emotion and, disconnected from the problem, which is terrorism. Not a gun. It is a “crisis” this administration will not let go to waste. And so came the bogus attacks at Florida Senator Greg Evers (R-2), candidate to replace retiring Rep. Jeff Miller (R-1), for a contest in support of our 2nd Amendment right to keep and bear arms to give away the most popular rifle sold in America, an AR-15. Critics said he was being disrespectful to the victims and families of that attack. When in fact, ignoring the attack for what it was is disrespectful to the victims and families of that attack.

In reality, we are all victims of that attack, you might say ‘once removed.’ In solidarity, and humanity, I pray for those victims and their families. I also pray for a leader who will fight terrorism. Not the Founding Fathers.

That was an attack on America. And to blame it on guns, and in Obama’s case, to blame it on freedom and liberty too, just adds insult to injury. And because of that, the 2nd Amendment is under fire (no pun intended). No. The response is, Obama’s failure to prosecute the war on terror has made us victims in our own cities. And the pressure belongs on him and Democrats. Not on Republicans, the National Rifle Association, or Greg Evers.

Evers’ campaign gimmick perfectly illustrates this disconnect and, brings a dose of reality to both attacks. The ongoing attack on the Bill of Rights, and the ongoing terrorist threats and attacks from ISIS and related Islamic Extremists. And the latter is not just on Americans. It’s on the whole world who are not ‘believers’ in their brand of Islam.

It is Obama’s policies, restrictions, that he has imposed on the FBI and DHS that makes preventing attacks like Ft. Hood, San Bernardino, Boston, Orlando, and others more difficult. It is his CVE (Countering Violent Extremism) program. The one that excludes common sense from the task of combating terrorism. Because of that, Obama is more responsible for the advance of terrorism around the world, and for terror attacks on our soil, than any inanimate object.

The rage over the Orlando attack needs to be focused on the problem, the failures of the Obama administration, not a gun.

The above, published in today’s edition of the Pensacola News Journal, was a response to the push-back that a Florida Senator Greg Evers (R-2) got for holding an AR-15 giveaway contest.