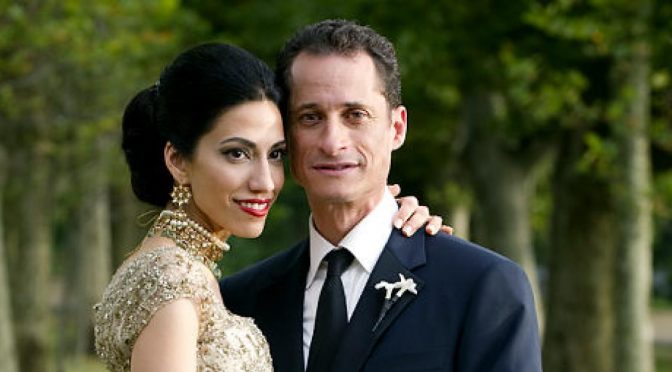 The FBI has interviewed Huma Abedin (aka Mrs. Anthony Weiner), Secretary of State Hillary Clinton’s Deputy Cheif of Staff, as part of a federal investigation into Clinton’s use of a private email server as secretary of state.

This is the part of the entire investigation that just floors me.

The FBI and Justice Department have been investigating whether sensitive information that flowed through Clinton’s email server was mishandled. (emphasis added)

Why she hasn’t already faced charges for the obvious is beyond me.  The obvious being the ‘Clinton’s email server’ part of the investigation. Never mind for a moment how much secret information has already been lifted by hackers or destroyed by her or people under her, or people contracted by her. What has been known from the start was that she violated the law when she set up her own server for her official State Department business instead of the secure government servers for her department’s use.

The longer this drags on, the more it looks like a case is being built to exonerate her instead of bringing what is already known to a grand jury for an indictment.