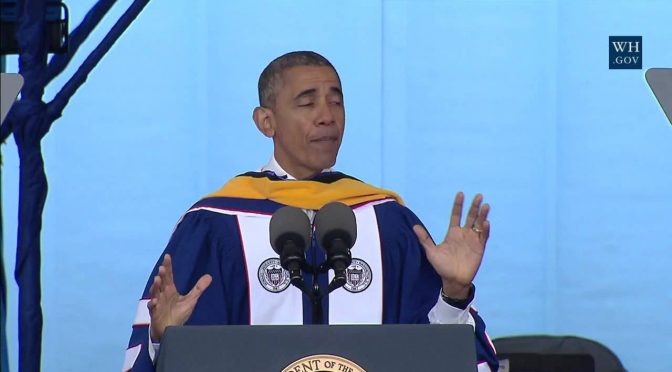 First President ever to hate his country. So much so that he wants to fundamentally change it.

And the only way he’s getting away with it is, because he’s Black. And if you disagree with his agenda, then you are called a racist. Not patriotic. A racist. Not only by his acolytes, but by the willing media as well.

Part of the American Dream is the mobility of the people that liberty and opportunity affords. Blacks don’t have a monopoly on being “poor.” He wants to make sure that if you succeed and want to move to a better place, regardless of the color of your skin, that it won’t exist.

Links: Obama says U.S. race relations have improved, but work to be done  |  Obama’s last act is to force suburbs to be less white and less wealthy