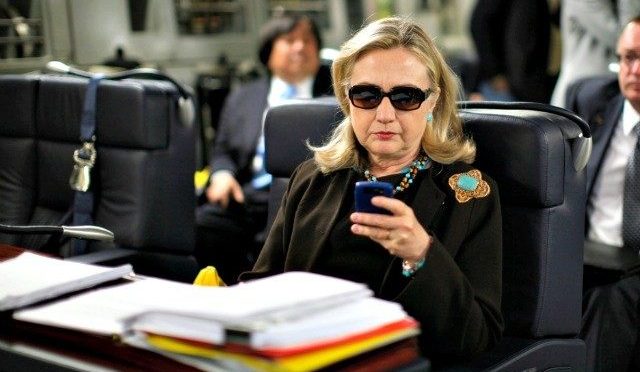 News accounts of the State Department Inspector General’s report about Hillary Clinton’s handling of email and her email server focus on “rules” being broken by former Secretary of State and presidential candidate Hillary Clinton. It is clear the IG went to great lengths to write it that way. Bottom line is, the rules were written to conform with the law. She broke the law. But so far no one of any consequence is saying that.

But, the “security review” isn’t over yet. And her old buddy Terry McCauliffe and the Clinton Crime Family Foundation are now part of the investigation. According to FBI Director James Comey, the FBI does’t do security reviews. They investigate criminal activity.

I don’t think she can laugh this one off. She certainly can’t claim a vast right-wing conspiracy. This is Obama’s State Dept. and Obama’s FBI. Something smelling a little fishy?  Smells like the way Obama does paybacks. He could put an end to this if he wanted to.

To the point that the IG’s report shows “consistency” with earlier Secretaries, the only consistency there is that personal emails were exchanged (on government approved servers). Hillary is the only Secretary who not only didn’t use the servers authorized by the law, she used her own server, authorized by no one but herself. There is no equivalency there.  And that’s not a political misrepresentation. That’s just the facts.

Also not political, is the fact that she told everyone in her State Department not to speak to the IG.  She and her “team” refused to “cooperate” with the Inspector General from the Department she was once the head of. Had she been put under oath, that’s called pleading the 5th.

Below is the IG’s report. 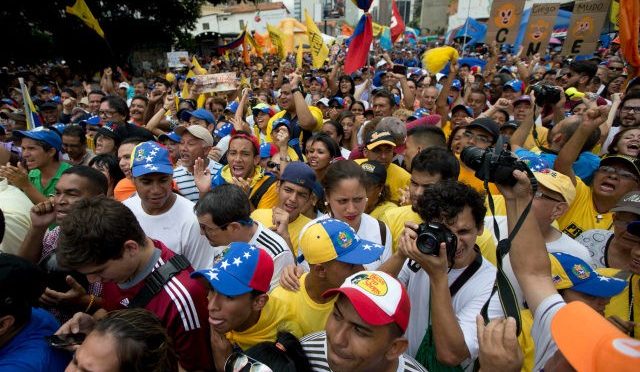 Socialism requires walls to keep people from leaving. Like in Venezuela.

Venezuelans seeking a visa to leave to the United States for the first time will no longer be able to apply for one, the U.S. embassy in Caracas announced, due to the socialist government’s forced reduction of the number of American staff working there.

While Obama is bad-mouthing America in the Far East, he should be touting our success in capitalism and freedom. He is the first president to hate this country, rejects its founding principles.

There’s a reason people from all over the world want to come here. No one is trying to leave. Not yet anyway. Some Hollywood types keep promising to leave but they lie

If the direction of this country does not get turned around 180 degrees, we will look like Greece, like Cuba, like Venezuela. Then there will be no place to go.

America really is the last place on earth where freedom and liberty reign It is the reason people want to come here. To achieve the American Dream. That’s fine, but not unless you also want to assimilate to become American. Not to live here to use America and not assimilate.