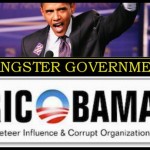 Through congressional hearings and testimony from HHS Secretary Sebelius and Deputy Chief Information Officer Henry Chao, the head IT guy responsible for the website development from front to back, here’s where we are. Now, keep in mind all the promises made by the President and Sebelius of how the website is ready to go live on October 1st.

The website crashes continually. You can’t shop plans. You can’t even buy plans. The great majority of people who were successful in getting through found themselves qualified for Medicaid, joined it, and so are not contributing a dime to lowering the cost. Instead, are contributing to raising cost and increasing the debt.

When questioned about what the administration’s plans are to increase the participation of the young and healthy, the target group that is supposed to be footing the bill to lower cost, Secretary Sebelius said there are marketing plans to handle that. Turns out, it is a marketing campaign promoting promiscuous behavior and binge drinking. I doubt the millennials are so gullible as to identify with such a despicable government-sponsored marketing campaign. No doubt they are as offended by it as anyone else would be to learn what their government thinks of them.

Through congressional testimony today, Nov. 19, 2013, we learn that the website, healthcare.gov, is not finished being built yet, to the tune of between 30 and 70 percent. The back office part of the website that pays insurance companies hasn’t been built yet. This, for a program that is to start paying insurance carriers on January 1, 2014. At the same time, and no doubt related to the payment system not built yet, we learn that Obama has met with insurance companies and is telling them that the government (you and I) will reimburse them for any loss in profits they may incur as a result their mandated participation in Obamacare. Recall that President Obama is the guy that told the American people that he would not sign the bill (ACA) if it added one dime to the national debt. What’s worse, this isn’t even a “bailout” as we’ve been accustomed to. This is an ongoing taxpayer obligation to bail out Obamacare for the next three years. And after that?

From beginning to end, what has been perpetrated on the American people is worse than fraud. This whole Obamacare effort makes Ken Lay (Enron) and Bernie Madoff look like pikers. This is racketeering and robbery (of taxpayers) on the national level. And finally, public opinion is catching on that Barack Obama isn’t trustworthy. Sorry it took them five years to figure him out because it cost families and our economy dearly.