Since the kick-off of the Obamacare website, healthcare.gov, I have been unable to compare my current plan with any of the options in Obamacare. This, after 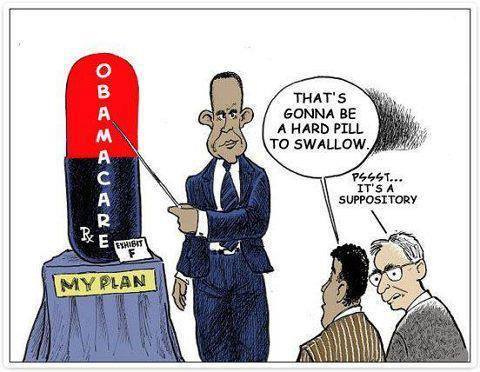 3 weeks of logging onto the website and going nowhere. Today, after two phone calls and three hours on the phone, I was able to get a price, for all three plans, BUT was not able to find out the details of any of the policies, deductibles, what’s covered, what isn’t. You know, everything one would need to make an informed decision on which plan to buy, or not to buy. Not only did President Obama promise I would be saving $2,500 per in premiums, but he also said I would be able to shop the plans and see whether I could get a better deal in the private market instead of from the government exchange.

I asked the lady exactly what the policy covered and she politely said that the details would be sent to me in the mail in about three weeks. What? Is this Obama’s idea of shopping for an insurance policy? They can tell me how much it cost, but not what’s in it? Does this sound familiar? I’ll bet you a cheesesteak that any private health insurance carrier can quote you a policy and explain the coverage inside of a 10 minute phone call without music-on-hold.

I told the woman that the open enrollment period on my group insurance ends in the third week of November, and that I need to know the coverage details now so I can make an informed decision. All she could tell me was that they would send me the coverage details via snail mail, in three weeks.

Now feature this. For Obamacare to be a “success,” they need to enroll 7 million people. Most of which are young and healthy adults. After wasting three hours of my (and her) time today, and two hours on the phone earlier in the month with other phone bank employees, with this kind of productivity (if you can even call that productivity), how in the hell does anyone think that they’re going to enroll anywhere near the 7 million people needed for Obamacare to survive when they can’t answer basic questions about their “product?” According to the numbers so far, over half of the enrollees are qualifying for and getting on Medicaid. Which means they are government dependents, not policyholders contributing to  (wait for it) lowering costs.

If this were a joke, it’d be a good one. Because the purpose (according to its namesake) of Obamacare was to insure everybody, because,  aghast, 15% of Americans don’t have a health insurance policy. Set aside for the moment that the federal government has no business being in the health insurance business. In the last few months, more people have had their policies cancelled than have enrolled into Obamacare. So rather than insure everyone, Obamacare is in the process of destroying the private sector health insurance industry, and increasing costs on the 85% of Americans that were happy with their policy in the first place, and still not insuring everybody, all for the promise of helping 15% of Americans. Some of whom don’t have a policy because they didn’t want one. And Obama’s solution is to force everyone to buy one or be fined. This is exactly where the role and relationship between the government and the citizens has been turned upside down.

Obama ‘gives’ you a right, takes your freedom

Not only that, but The White House is attempting to create another ‘right’ for Americans. In addition to your right to Life, Liberty, and the Pursuit of happiness, the Constitution and the Bill of Rights, a right to vote, a right to speak, a right to bear arms, etc., they are saying that you have a right to a health insurance policy. And along with this new right to health insurance you get, there’s a “freedom” you lose. That is, what kind of policy and what kind of coverage you want. You don’t decide that any more. Under Obamacare, it is the government, not you, who makes that decision.

Responding to the president misleading Americans about his main selling point of Obamacare “if you like your plan, you can keep your plan, period” not actually being the case, at 4:54 in the video White House spokes-kid Jay Carney said . . .

I take your point, it is correct that substandard plans that don’t provide minimum services that have a lot of fine print that leaves consumers in the lurch often because of annual caps, or lifetime caps, or carve outs for some preexisting conditions, those are no longer allowed because the Affordable Care Act is built on the premise that health care is not a privilege, it is a right and there should be a minimum standard of plans available to Americans around the country. {emphasis added}

Obamacare has fallen and it can’t get up. It is America’s Albatross to get rid of.

An alternative to government-run health care exists. And it will lower costs, won’t increase the national debt, will offer the consumer more choices, and you won’t have the government getting between you and your doctor. What is this alternative? It is H.R. 2300, the Empowering Patients First Act of 2013. It’s been around for years. In the 111th congress it was called H.R.3400, The Empowering Patients First Act.

Link: The hidden truth behind early Obamacare numbers: It’s not what it seems