It’s been one year since former Secretary of State Hillary Clinton began lying about the attack on our Consulate in Benghazi, where our Ambassador and three other Americans fought to their death. And since that time, Mrs. Clinton has still not put her hand on the bible to talk about it.

Run for president Hillary, and you’ll find out. 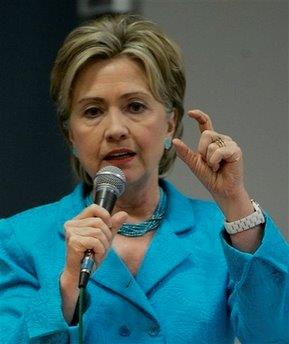 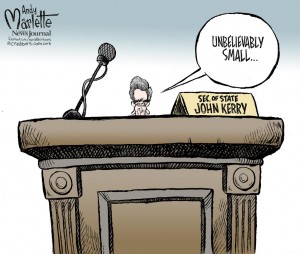 Here’s the military strategy as executed by Democrats. Never make the case that America’s national security (as opposed to America’s interest) is at stake. Then, publicize that an attack is coming weeks if not months ahead of time. Then, publish the intended targets in the newspaper. Give several weeks, if not months, for the enemy to move their munitions. Then, tell them, hey, it’s no big deal. We’re barely going to hurt you. Unbelievably small!  Then, after it is clear the president has no public support, use Congress as someone to blame, or to save his butt. Accept no responsibility yourself.

Yeah, that’s who I’ll entrust the life of my son or daughter to. As a soldier, I’d feel even less confident.