After listening to NPR’s commentary of what I saw, I’m figuring they saw a different show. Their highlights were a spending freeze, targeted ‘investments,’ and Obama calling for civility.

What really happened is there was no call for civility. NPR is still carrying the water on the notion that calling for civility will silence Obama’s critics. If you can find anything relevant to NPR’s notion of civility in the transcript, please let me know.

It’s no secret that those of us here tonight have had our differences over the last two years. The debates have been contentious; we have fought fiercely for our beliefs. And that’s a good thing. That’s what a robust democracy demands. That’s what helps set us apart as a nation.

We are part of the American family. We believe that in a country where every race and faith and point of view can be found, we are still bound together as one people; that we share common hopes and a common creed; that the dreams of a little girl in Tucson are not so different than those of our own children, and that they all deserve the chance to be fulfilled. That, too, is what sets us apart as a nation.

One of the most telling moments in his address to the nation was his cavalier mention of his health care plan and the rejection of the results of the mid-term election.

Now, I’ve heard rumors that a few of you have some concerns about the new health care law. So let me be the first to say that anything can be improved. If you have ideas about how to improve this law by making care better or more affordable, I am eager to work with you. We can start right now by correcting a flaw in the legislation that has placed an unnecessary bookkeeping burden on small businesses. 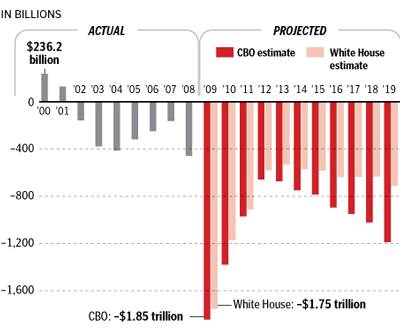 lternative will accomplish his goals of the pre-existing conditions, with the added bonus of actually lowering costs. Something Obama said he would not sign if it didn’t lower costs. If true to his word, he should be leading the charge to repeal and replace.

The notion of a freeze sounds good except for one major problem. He is talking about freezing spending at the current level, which is 4 times higher than just two years ago. To freeze spending after raising the level of it, as a percent of GDP, through all the TARP, stimulus, and bailout spending is not saving anything but the administration’s agenda of a huge and intrusive government, bought and borrowed in the last two years.

The American people were snookered into thinking that all that spending would be a temporary booster shot. Not a permanent growth in spending and government.

The speech wasn’t without a little comedy. Like when he said this . . .

And because the American people deserve to know that special interests aren’t larding up legislation with pet projects, both parties in Congress should know this: If a bill comes to my desk with earmarks inside, I will veto it. I will veto it. (Applause.)

I know he has said that before. Right before he signed bills with thousands of earmarks in them. So we are left to ask. Was he lying then and is he telling the truth now? And, do you still trust him to do what he says.

Another comedic moment came when speaking to the issue of cutting bureacracy. Oddly, it would have also been the perfect opportunity to speak to the issue of the intrusiveness of government, like the food police. But he passed on that.

Then there’s my favorite example: The Interior Department is in charge of salmon while they’re in fresh water, but the Commerce Department handles them when they’re in saltwater. (Laughter.) I hear it gets even more complicated once they’re smoked. (Laughter and applause.)

He made only a cursory mention of the need to cut spending in Medicare and Medicaid “which are the single biggest contributor to our long-term deficit.” He got that right. Social Security runs third. Fact is, there won’t be any solution to our financial woes without making these three entitlement programs financially sound by facing the reality that the benefits must be cut back to a sustainable level. As our population ages, the demands on these three will only increase and no amount of taxes increases will fix that. Meanwhile, we are to believe that cutting what amounts to petty cash compared to the total of unfunded liabilities is all that the president has to do. We have to have results, not just a committment to work on it. We know how true the president is to his commitments. They amount to merely ‘words, just words.’