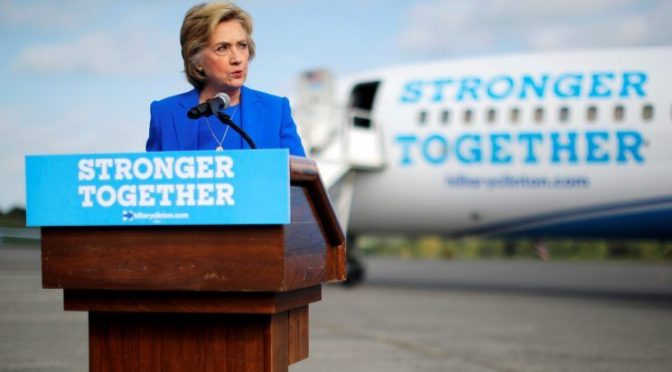 I don’t know. You’ll have to decide if Hillary Clinton is nuts or just crazy?

You know what “aid and comfort” to terrorists (that would be Iran) is? Giving billions of dollars in cash to Iran, the largest state sponsor of terror in the world. Hamas and Hezbollah really appreciate it. Hillary Clinton, Barack Obama, and John Kerry (who served in Vietnam) should be prosecuted for it.

She had a 4 question (from 4 female reporters)10 minute “presser” on the tarmac. What this show is about is blaming Trump (candidate for 1 year) for the terrorist attacks over the last 7 years. They’re not about to accept responsibility for their incompetence in fighting ‘Islamic terrorism.’ A term that they can not even say. And the reason they can’t say it is because they haven’t a clue how to stop it.