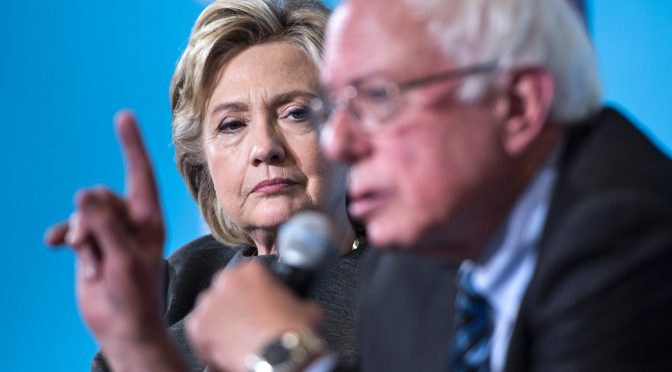 Hillary shared the stage with the Bern yesterday “to appeal for youth votes.” Worried about shrinking support from millennials (now the same as ‘college-age’), she echoed the “free stuff” theme of making public colleges tuition-free, for families earning less than $125,000.

Odd that the campus rally wasn’t open to the students without an invitation. Attendees described many of them as middle-aged, members of local Democratic organizations, or invited by the campaign. Phony much?

Although Sanders lost to Clinton, he consistently drew younger voters to his side with promises to take on Wall Street and make college less expensive.

Hillary’s version is not as bold when it comes to taking on her major donors, Wall Street. Speaking to student debt, she’s not talking about forgiveness, she’s talking about “those who already have student debt to refinance.”

Having lived through the real estate crash caused by Fannie / Freddie and bailing out Wall Street (which they continue to do), and what Obamacare has done to health care costs and the health insurance industry, managed by politics and not economics, what Hillary has in mind is just more of the same.

You can’t expect for the people who created the problem to now know how to fix it.  Like Trump says, “follow the money.”