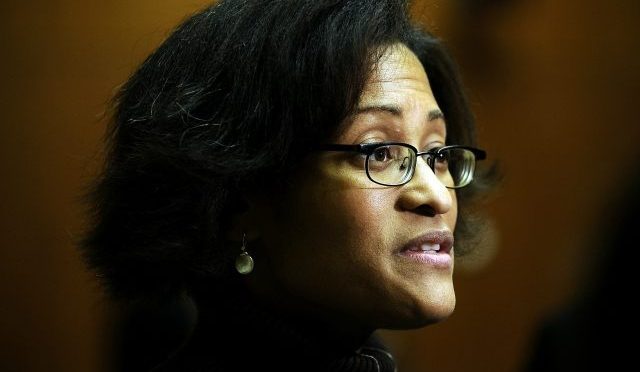 Fascinating to watch just what a cover-up looks like. Cover-up combined with a major case of CYA. How’s that go again? If you have nothing to hide, just answer the questions. All of them. This video is a re-enactment of the deposition of Cheryl Mills, who was the a lawyer for both the Clinton’s. Representing Bill Clinton during the impeachment chapter of his presidency, and, was Hillary’s Chief of Staff while she was Sec. of State.
The reason that this is a re-enactment, instead of the real audio/video recording is because the judge, U.S. District Court Judge Emmet G. Sullivan, has sealed them from the public until such time as he may change his mind. What? Ostensibly it seems, not until after the November election. Here is his order on release of the audio/video public record.

Notice how this judge is obviously making political, not legal, judgements in his decision. And where is the cacophony of media analysis and calls for this judge’s impeachment like we are hearing about the judge who gave a rapist a 6 mo. jail term? Like the judge hearing the Trump U. case is politically tied to his party, his LaRaza affiliated lawyer club, and the La Raza agenda. Something, to be honest, he should recuse himself from that case for. Not because it has anything to do with Trump University, but because he is an advocate for everything that Trump as president wants to stop, where illegal immigration is concerned.

Judge Sullivan is inserting his political beliefs into his legal obligation as a judge. That’s why it is our/your obligation to spread the word about not only Judge Sullivan enabling, but the extent Hillary Clinton’s staffers go to shield her and cover their own butts. When the mainstream media won’t, the alternative media must.